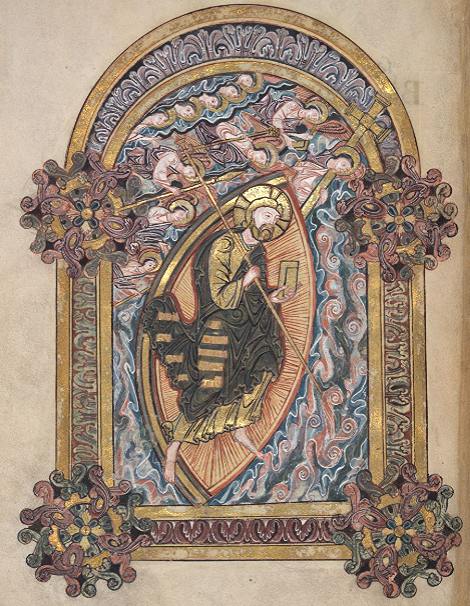 This is where my routine knowledge of Old English and mediaeval literature shews me up as a poor Tolkien scholar indeed. A Clerk of Oxford has posted a very detailed and original article on the Arkenstone of Thrain. Well worth reading. I'd have begun the article with Gandalf's philological discourse with Bilbo rather than concluded it but I never really gave the Arkenstone much thought beyond its occurrence in Beowulf. The connexion the esteemed Clerk makes between the eschatological "burglar" of Crist III, that is Christ's Second Coming, and Bilbo's stealing into the fastness of Smaug as a Thief in the Night is fascinating.

I never cease to be amazed at Tolkien. He can be as familiar as mugs of beer in a pub and as lofty as the beauty of Christ in His Second Coming, beautiful beyond enduring. When I became depressed two years ago and I tried to read The Hobbit but found the text too familiar, I reproached myself for the very reason that one can never be too familiar with the text. The Hobbit is really Tolkien's masterpiece. There is always something new; every word is to be considered for itself alone because every word has its own unique history to tell, its own comparative forms, and the text of The Hobbit is the synthesis of that.
Posted by Patrick Sheridan at 3:00 pm
Email ThisBlogThis!Share to TwitterShare to FacebookShare to Pinterest