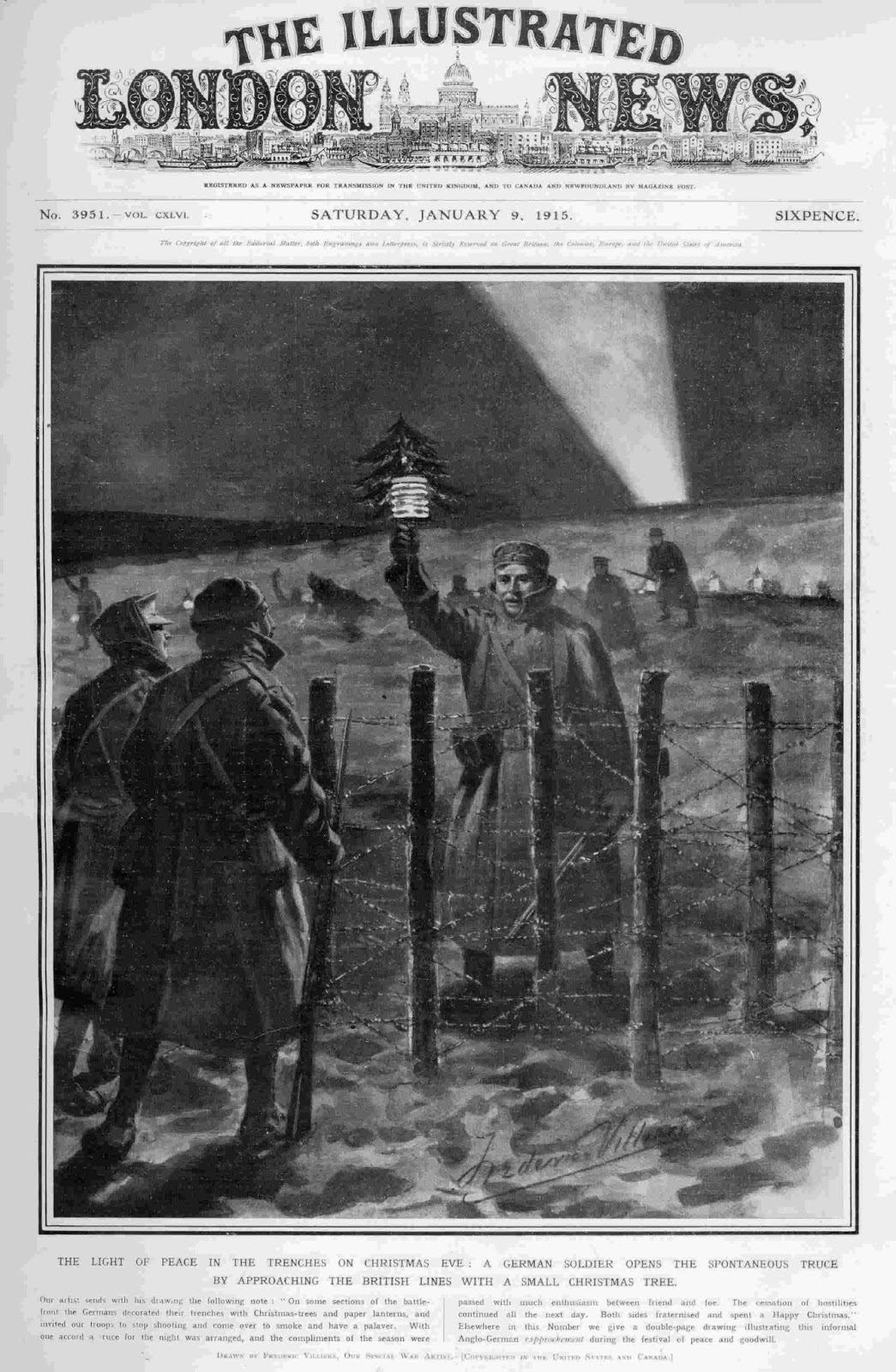 Among the tales of sorrow and of woe that come down to us from the darkness of the Great War there is yet one in which amidst weeping there is joy and under the shadow of death light that endures. And of our history most fair to mine ears is the story of the Christmass Truce of 1914.

Those of you who are familiar with Tolkien will instantly recognise that I have just recycled his introduction to the Lay of Leithian as told in prose in The Silmarillion but I thought it apposite for the spirit of this post. A few months ago I bought Christmas Truce: The Western Front December 1914 by Malcolm Brown & Shirley Seaton in preparation for this anniversary. Honestly, until a week ago I only glanced at it but it is a very poignant read. We all know the familiar stories of caroling gentlemen in No-man's Land, a glimpse of common humanity amid so many horrors, and the subsequent wrath of the high command. But this book, carefully illustrated and full of real stories, has moved me profoundly. I feel a kinship and solidarity in the reading not only with our English fathers but our German cousins too. On this point one English soldier remembered that there was a Saxon regiment nigh to their trench and on Christmass morning at 9 o'clock he heard a voice crying in clear English: "Hello there, hello there, we are Saxons, you are Anglo-Saxons. If you don't fire, we won't fire." This instantly reminded me of what Tolkien wrote about Gimli's meeting with Galadriel, "And the Dwarf, hearing the names given in his own ancient tongue, looked up and met her eyes; and it seemed to him that he looked suddenly into the heart of an enemy and saw there love and understanding."

There is another account of elsewhere on the Western Front. At dawn a German officer took a Christmass tree into the area between the trenches. An Englishman came forward to meet him, shouts and warnings from his friends notwithstanding, and he shook hands with the officer. When the Englishman returned to the trench unharmed the English applauded the magnanimity of their German foes.

The joint burial service at Fleurbaix was the greatest occasion of its kind that day. Writing home to an old friend from Lancing College, Second Lieutenant Arthur Pelham-Burn, who was an Anglican seminarian, said:

Our Padre...arranged the prayers and psalm, etc. and an interpreter wrote them out in German. They were read first in English by our Padre and then in German by a boy who was studying for the ministry. It was an extraordinary and most wonderful sight. The Germans formed up on one side, the English on the other, the officers standing in front, every head bared. Yes, I think it was a sight one will never see again.

About a hundred bodies were buried that day. One Englishman said afterwards: "I must say some of them are very nice fellows and did not shew any hatred, which makes me think they are forced to fight." A German said pointedly: "We achieved what the pope himself could not do and in the middle of war we had a merry Christmass."

Let us bless God for this day of humanity and comradeship. I wish you all a very happy Christmass.

(This was my 700th post by the way)...
Posted by Patrick Sheridan at 6:00 pm
Email ThisBlogThis!Share to TwitterShare to FacebookShare to Pinterest