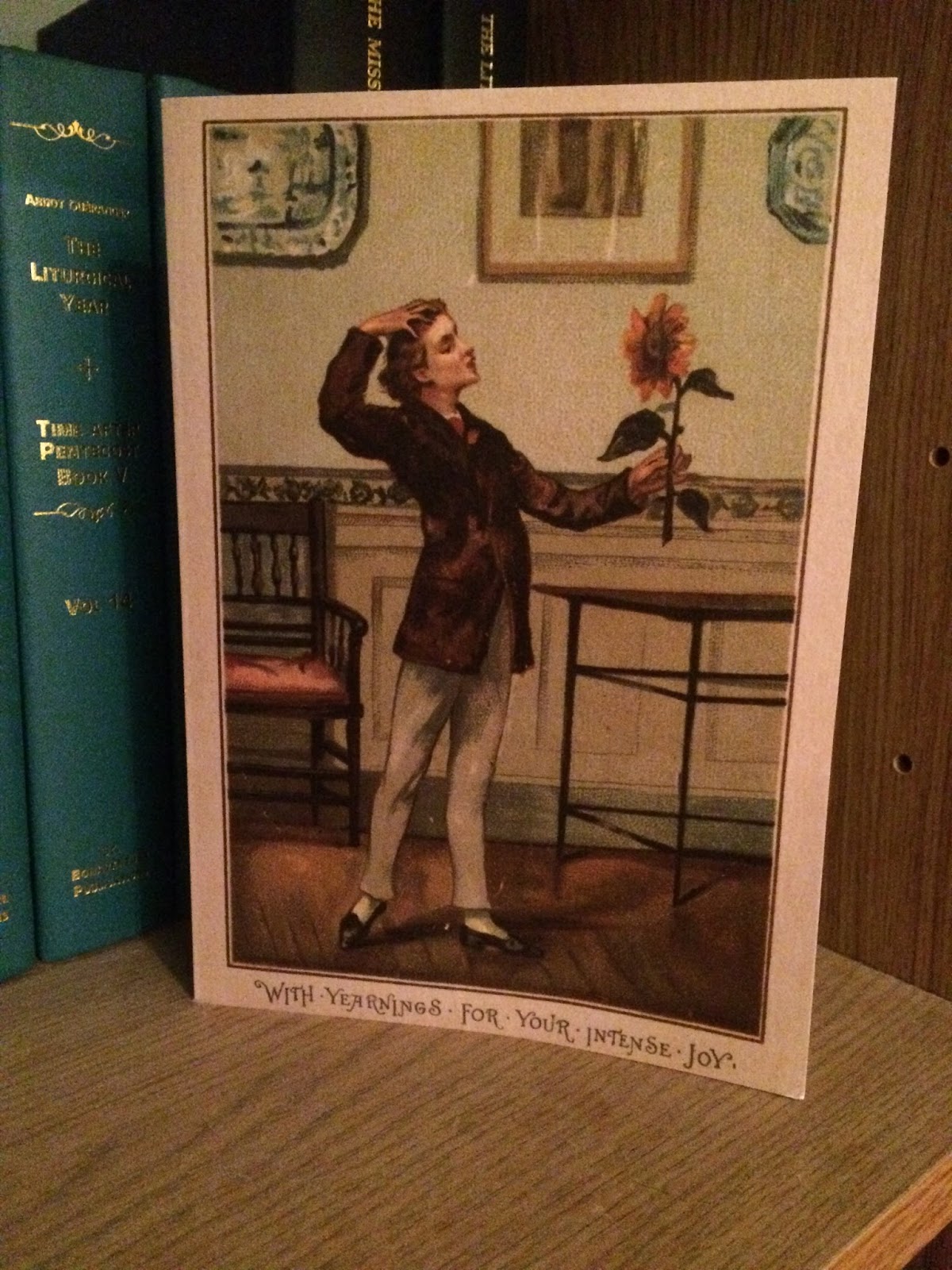 I have expanded the paragraph about Dr John in my post about Friendship. He is certainly one of the most interesting, enduring characters. By the way, I am giving very serious thought to compiling a "memoir" of sorts and getting this stuff published. What do you think? Do you know a publisher who would accept this sort of stuff? I can't imagine Ignatius or SPCK!

I met Dr John in 2004. I was 16, he was 67. I had started going to Corpus Christi church in Maiden Lane. I remember my first evening there very clearly. I wasn't entirely sure where the church was so I wrote down the directions from Charing Cross on some note paper and went up to the church on a summer afternoon (three hours early in fact) in June. I had finished my GCSE examinations and was a vivacious little tradunculus looking to spend my summer in piety and tradition. It was weeks before anyone spoke to me and then someone from the choir asked me on the way out if I could sing; and I do sing quite charmingly. Not wishing to commit myself I declined his invitation to join the choir. Nevertheless I joined in the conversation outside the church. John was there. When everybody else had departed he invited me to Ponti's for coffee and we had a very pleasant chinwag.

Until that evening I had thought of myself as the only homosexual in the Church. How naïve! John was a theatrical costume maker and art historian. He had escaped Old Mother Damnable in 1994 during the first major influx of Anglicans into Rome but was still "Anglican-at-heart," as he said. In the early days of our friendship I met a few of his more colourful friends and learned a lot about his fascinating life. He had such wonderful stories to tell and had met some very interesting people. He had had tea with Quentin Crisp in 1977 and told me an amusing story about his first meeting with Dame Margot Fonteyn. When I told him about my adorable grandmother, he said: "I think I probably knew her," and indeed they had met. They were at the Theatre Royal in Drury Lane when they saw Judy Garland inebriated in a corner. "We were both invited to a dinner in her honour," he said. "But we agreed we wouldn't go if she was to be in that state." And they didn't. She died soon afterwards. At some point I confided to John my secret, unrequited love for Formosus. Formosus was a young man in the retinue of Fr W.C Mick. He wisely told me to give up daydreaming, and I did try.

In 2007 there was a high Mass of Requiem for Soulmass at Maiden Lane and I thought this would be the perfect opportunity to convert my rather liberal Latin teacher to the traditionalist caused. I was genuinely surprised that she came. You see, I was so traditional in those days that in addition to wearing my best Charles Tyrwhitt black suit and silver pocket watch for the day, I had also been to the low Mass of Requiem in St Wilfrid's chapel that morning and I was naturally desirous of converting my esteemed Latin tutor to the same frame of mind. What better way of spending one's Soulmass than in traipsing across London for low Masses? I don't remember what she said about the Mass, if indeed she expressed any view at all. John was there with his friend Algernon and, as usual, we all went for tea and cakes, this time to the Carluccio's in Garrick Street as Ponti's had begun to "serve me at breakfast," so John reasoned, and this was clearly not to his liking. There John regaled us with his accustomed wit and Algernon, the only man I ever met who can make the word "yes" sound like "ears" was telling us about the Stuarts.When I went back to college my tutor summoned me to his office, whereupon he said: "Maudlin is worried about you, Patrick," "Oh?" said I. "She is concerned that you're becoming involved with older men." I ought not to have been so dense. No wonder John kept touching my hand and admiring my beauty! We had been to Rule's earlier in the year for my 19th birthday. When I told Lewis that, he said: "it must be true love!" I thought he was joking. Eventually, I stopped going to Maiden Lane as I no longer wished to countenance the impious rites celebrated there and our meetings became less frequent but I still visited John occasionally at his flat in Chelsea. I invited him to visit Blackfen once and he complained of the distance and disparaged the ugliness of the church. When I started going to St Magnus the Martyr he became rather waspish. "You can't go there," he said. "Nobody joins the Church of England!" Even so, he is deeply involved with the Society of King Charles þe Martyr and I think that some of the articles about bl. Charles on the society website were written by him.

These days I see him much less frequently than I used and ought. I must see him before Christmass. He has been very good to me over the years and has given me a number of small treasures; an 18th century print, a signed book and celebrity autograph. The photo at the top of this post depicts one of the love letters John sent me, written in his spidery script. This one is dated June 2009. It's the only thing, of that sort, that I have on display in my room; but only because I like the painting.
Posted by Patrick Sheridan at 12:00 pm
Email ThisBlogThis!Share to TwitterShare to FacebookShare to Pinterest