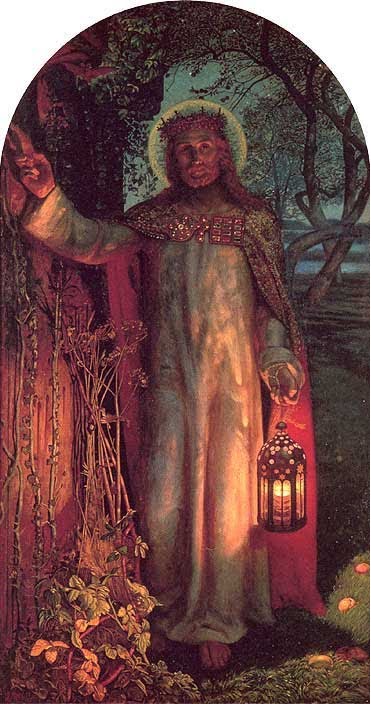 For your lectio divina this Advent, I encourage you to read the poem Crist by the Saxon poet Cynewulf, the successor of Caedmon. Crist is an homiletic work based on the psalms and one of St Gregory the Great's sermons for Ascension but it is not wholly out of season. As it says in the Exeter Book, "less doth yearning trouble him who knoweth many songs; his possession is his gift of glee, which God gave him."

"There was something very remote and strange and beautiful behind those words," Tolkien said of his first encounter therewith, "if I could grasp it, far beyond antient English." Those words stirred something unfathomable in Tolkien and moved him to compose the first of the Lost Tales, the Voyage of Earendel, which forms the cornerstone of his legendarium. Earendel (which can be interpreted ''radiance of the dawn'') is a type of St John the Baptist, the herald of Christ's coming. Tolkien became enamoured of the singular beauty of the name and kept it in Eärendil the Mariner. Eärendil, incidentally, means "devoted to the sea" in Quenya; significant not only in the later voyage of the Edain to newly-established Númenor but that it also calls to mind the famous stella maris title for St Mary used in the Advent hymn Alma Redemptoris Mater.

Tolkien would later incorporate the words of Cynewulf into The Lord of the Rings. In the Pass of Cirith Ungol, Sam clutched at the Elven phial and, in defiance of the dark and of the monstrous and abominable eyes that had him in deadly regard, cried aloud in the voice of the Gnomes far back in the deeps of time and knew not what he said:

"O Queen of the Stars, Star-kindler, from heaven gazing-afar; to thee I cry now in the shadow of (the fear of) death, O look towards me, Everwhite!" The subject is different, of course, and assumes instead a somewhat Marian piety, but the connexion to Crist is evident. Is it not reminiscent of O Oriens, among the finest of the Great Antiphons?

Mediaeval writers, most notably (to my mind anyway) the Venerable Bede, speak the language of Liturgy, the language of divine service. Crist by Cynewulf is such a work. Cynewulf writes as if he breathes a wholly liturgical air which, for 9th century England, is not to be wondered at. His identity is mysterious but he was most likely in holy orders; this we can deduce from the fact that his work is so expressive of a deep hagiographical and scriptural knowledge gained, no doubt, from common singing of Divine Office. 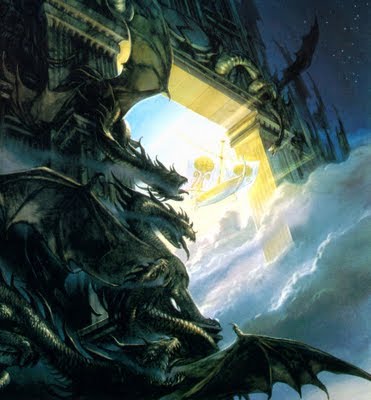 Eärendil himself encompasses many aspects of Old Testament symbolism about the advent of The LORD. In The Silmarillion, Eärendil the Mariner, the Flammifer of Westernesse (a title which recalls another of the Great Antiphons, O Emmanuel), with the holy jewel upon his brow, penetrated the shadows of the wild seas about the Blessed Realm, even as St John made straight the ways of the LORD, and besought the Valar as the herald of Elves and Men to move them to pity upon their travail and sorrow; and thus was the kingdom of the Dark Lord brought to ruin. How poignant and marvellous a connexion between the Prophet and the Mariner, and between Liturgy and literature.

The text of Crist can be read here.
Posted by Patrick Sheridan at 9:00 am
Email ThisBlogThis!Share to TwitterShare to FacebookShare to Pinterest