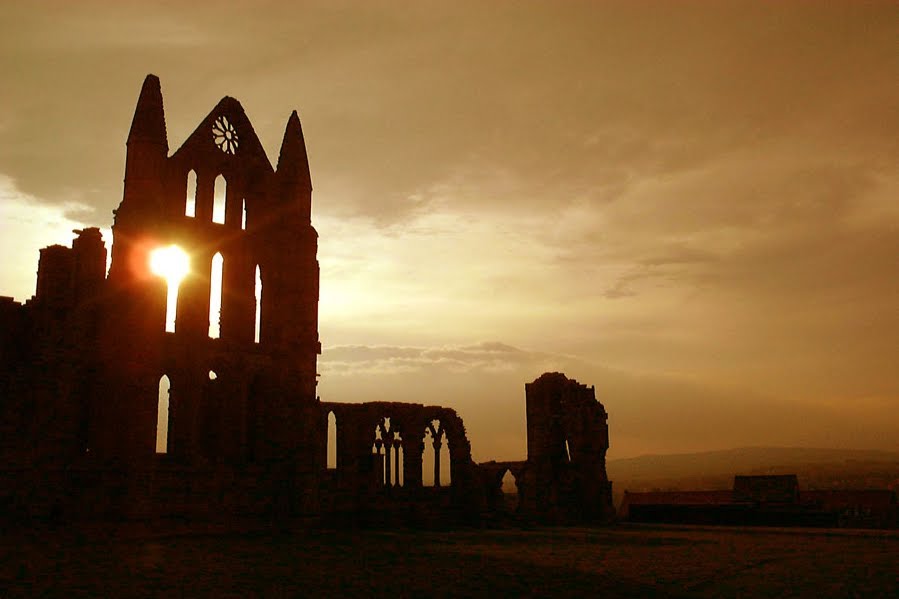 Five years ago I produced a translation of St Cuthbert's epistle on the death of St Bede. It is a profoundly moving piece and its Latinity is exquisite. Here is a portion:

In such exaltation we passed the fifty days even unto the day hitherto mentioned, and the same rejoiced greatly and rendered thanks unto God that he had merited to be thus infirm; and oft said he: ''God chastiseth every son whom he receiveth'' [Heb. 12:6], and that sentence of Ambrose: ''I have not so lived, that to live among you shameth me; but neither do I fear to die, for we have a good God'' [Paulinus, Life of Ambrose, xiv.43]. However in those days there were two small works worthy of memory, with the exception of those daily lessons which we received from him and in the chanting of the psalms, which he strove to complete, that is, from the beginning of the Gospel of blessed John even unto the place where it saith: ''But what are they among so many?'' [John 1:6] he translated into our tongue, to the profit of the Church of God, and certain selections from the Book of the Wheels [that is De Natura Rerum] of bishop Isidore, saying: ''I do desire that my boys read falsehood, and working on this after my death without fruit.''

But when the third feria had come before the Ascension of the Lord his breathing was with great travail, and a small swelling appeared in his feet; but all that day he taught and dictated happily, and sometimes among other things he saith: ''Learn with haste, for 'I know not how long I shall survive, and if after a short while my Maker takes me' [Job 32:22]''. To us however he seemed that he knew well when his end should be. And so he passed the night vigilant in the rendering of thanks, and in the first light of morning, that is of the fourth feria, he gave instruction that the writing, which we had begun, should be finished quickly. And we did so even unto the third hour. From the third hour, however, we walked in procession with the relics of the saints, as the custom of that day required.* And one of us was with him, who saith unto him: ''There is still one chapter from the book, which thou didst dictate, missing, and it seemeth to be difficult for thee to ask more.'' But he saith: ''It is easy. Take up thy reed pen and mend it, and then write quickly.'' And so he did. From the ninth hour said he unto me: ''I have certain precious things in my small box, that is, pepper, napkins and some incense. But hurry quickly, and lead the priests of our monastery unto me, that I may distribute such gifts as God hath given me to them.''

And this I did with trembling. And being present spake he unto them and everyone, advising and imploring that they make masses and prayers for him diligently. And they willingly promised unto him so. But they did mourn and all wept, but greatly in the word which he saith, that his face would not be seen much more in this world. But they rejoiced about this which he saith of him: ''It is time, if it seemeth so to my Maker, that released from the flesh I should come to Him, which, when I was not, formeth me out of nothing. I have lived much, and the pious Judge has provided well for me all the days of my life. Forsooth, the time of my absolution is near, and indeed my soul longs to see Christ my King in all His beauty.''

Having spoken thus and not a few other things to our edification, he passed his last day in joy unto the evening. And the aforesaid boy, with the name Wilberht, saith again: ''Sweet Master, there remains still one sentence not written.'' And he saith: ''Write it.'' And after a short time saith the boy: ''It is written so,'' but he saith: ''Good, it is finished. Thou hast told the Truth. Take thee my head into thy hands, for it pleaseth me much to sit nigh to the holy place in which I was wont to pray, that, sitting there, I might call upon my father.'' And so, upon the floor of his cell, chanting: ''Glory be to the Father and to the Son and to the Holy Ghost,'' and the rest, he breathed his last; and without any doubt it is to be believed by us that, for him he had laboured here always in the praise of God, his soul was carried by Angels into the joys of the heavenly longings. But all who heard or saw the death of blessed Bede our father, said that never had they seen another man end his life in such great devotion and peace, for as ye have heard, do long as his soul was in his body, he sang the ''Gloria Patri'' and other songs to the glory of God, and spreading out his hands he ceased not to give thanks unto God.

But it behoves you to know that much could be told and written concerning him, but now the unlearnedness of my tongue cutteth short my words. But I purpose, in time, with God's help, to write a fuller account of him, which mine eyes have seen and mine ears have heard.

Here endeth the letter of Cuthbert on the death of the venerable priest Bede.

*This undoubtedly indicates that the community at Jarrow were following the Gallican practice of the Rogations in the days preceeding Ascension Day. This custom developed in Gaul in the fifth century and was not practiced in Rome. This indicates a strong influence of the Gallican church on the English Church and certainly detracts from the myth of Ultramontane Anglo-Saxon England.
Posted by Patrick Sheridan at 9:00 am
Email ThisBlogThis!Share to TwitterShare to FacebookShare to Pinterest