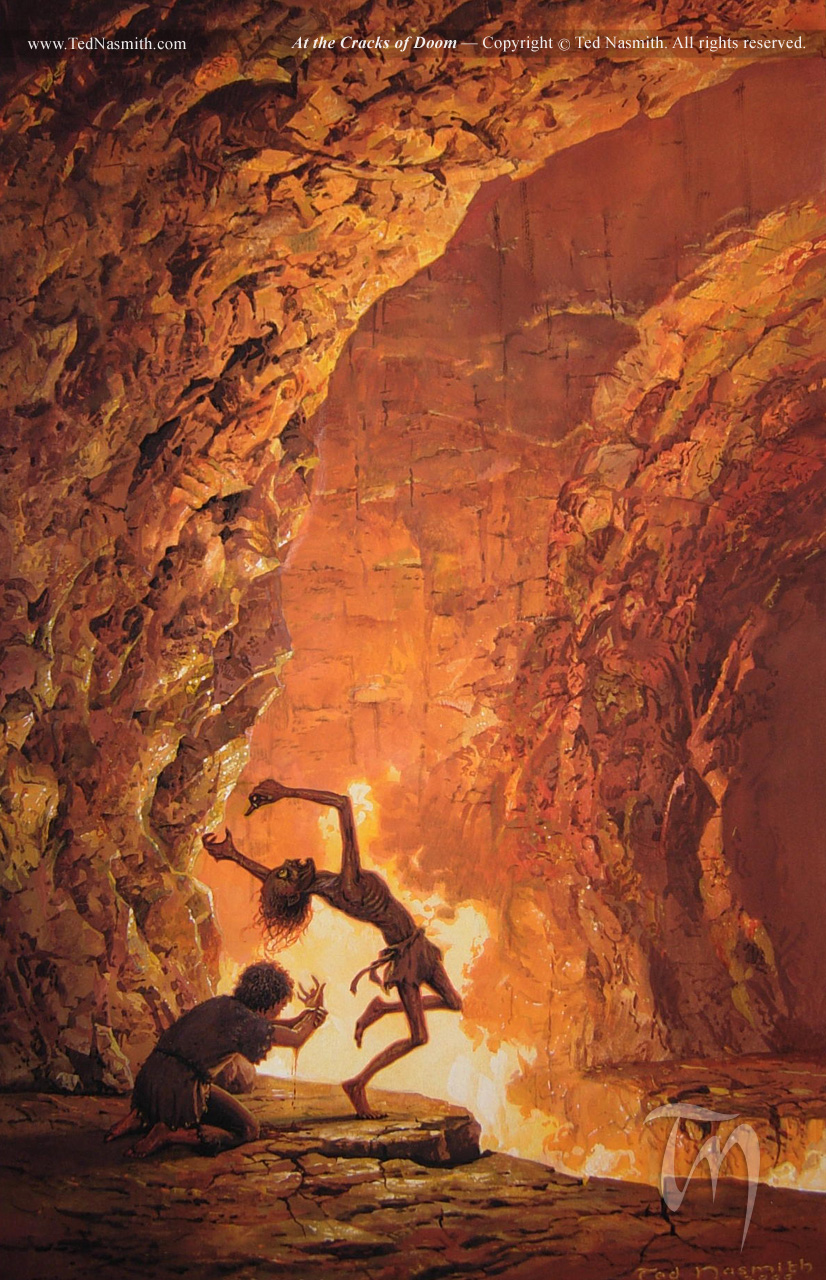 "Surely how often 'quarter' is given is off the point in a book that breathes Mercy from start to finish: in which the central hero is at last divested of all arms, except his will? 'Forgive us our trespasses as we forgive them that trespass against us. Lead us not into temptation, but deliver us from evil,' are words that occur to me, and of which the scene in the Sammath Naur was meant to be a 'fairy-story' exemplum..."

You won't find this in the published Letters of J.R.R Tolkien. It was a letter to David Masson, at that time librarian at the University of Leeds, who had written a response to a Times Literary Supplement review of The Return of the King. Tolkien remarked that the reviewer ought not to have made such a fuss over giving quarter to the Orcs. You will notice that Tolkien uses the goodly traditional Prayer Book speechcraft of the Oratio Dominica. Having been written in 1955, this letter surely indicates a rejection of the modern version?

Art; Ted Nasmith.
Posted by Patrick Sheridan at 9:00 am
Email ThisBlogThis!Share to TwitterShare to FacebookShare to Pinterest