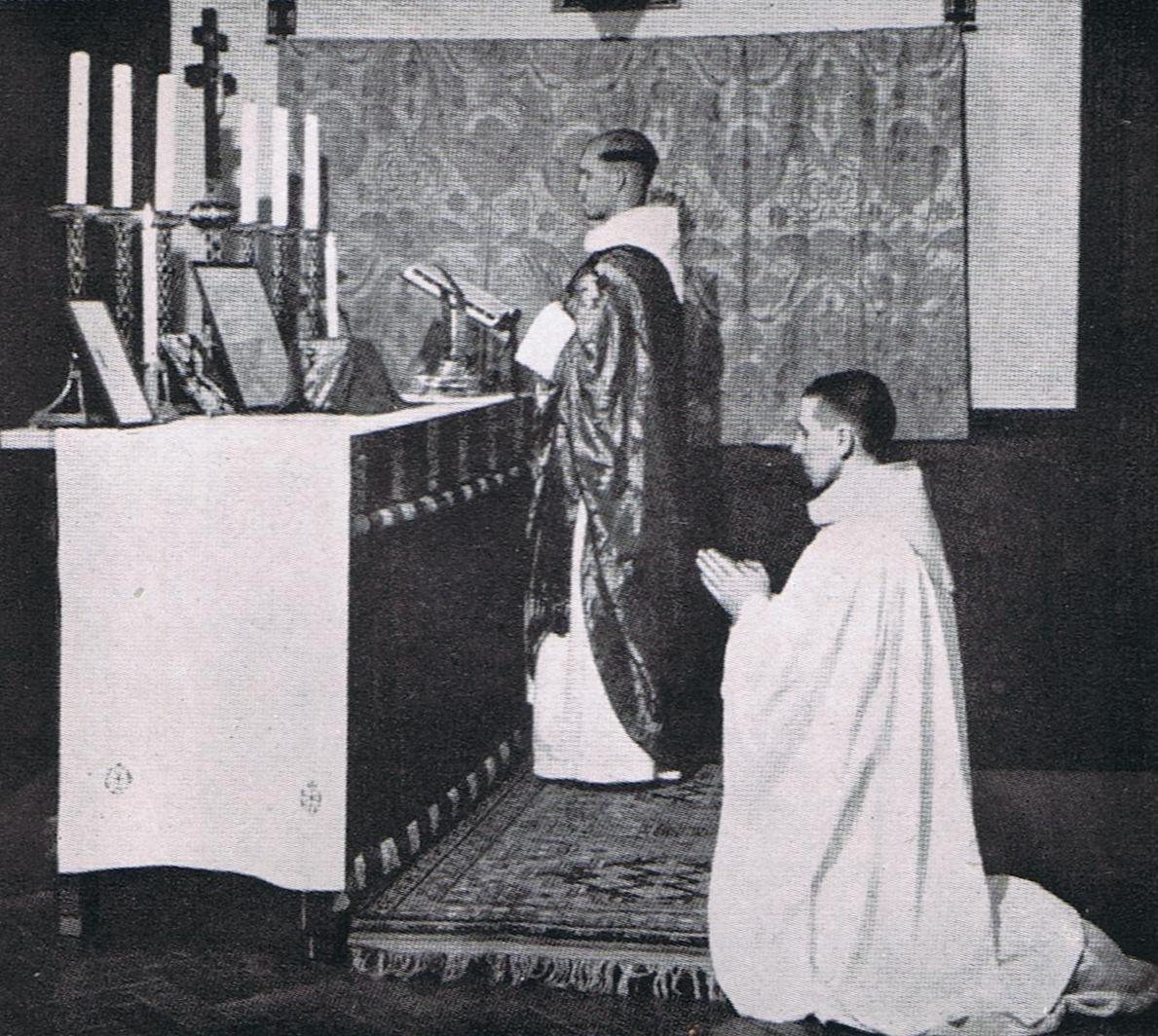 The variations in the ceremonies practised in the celebration of the Eucharist make a division into two heads easy: missa solemnis and missa privata. The missa solemnis is the publick, or high Mass, and gives us the rule for the celebration of the Eucharist. The priest is assisted by a deacon and subdeacon....The private, or low Mass, on the other hand, must be regarded as the exception, and in this the priest is assisted by a server only. It is the presence of the deacon and subdeacon which makes the difference between high Mass and private Mass, and not whether any part of the service be sung. Now, it cannot be too often repeated that it is only high Mass which gives us the antient, typical ceremonies of the celebration of the Eucharist, and from which we may learn the true idea of the Eucharistic rites. Low Mass only gives us the rite in a maimed and imperfect, not to say corrupt and irregular way. Private, or low Mass, that is, a celebration of the Eucharist without deacon or subdeacon, was as little known to the Church at large for the first 800 years, as it is to this day to the Eastern Church. It seems to have come in when Latin ceased to be understood by the people, who betook themselves, therefore, to their private prayers. Low Mass robbed the mediaeval church of the idea of common prayer, which it is the glory of our Prayer Book to have brought back. The celebration of the Eucharist in private (I am only using the word still used by the Roman Missal) shews but small respect to the Christian mysteries. It may be borne with in country parishes where there is no one in holy orders but the curate himself, but to see in a church with a large staff the altar served by some boy taken out of the street, who probably does not know his Catechism, and has not been confirmed, while men in holy orders are doing nothing in the stalls of the choir, or only come into church to distribute the Communion, shews that there is little or no zeal for the solemnity of the Eucharist. It shews a contempt for the practices of antiquity, to which in all questions of ceremonial, as well as in faith and morals, the Church of England appeals.... Even the more learned Roman Catholick authorities dislike the boy server, and tell us that it is the deacon who is the proper minister of the altar. Dr John Wickham-Legg, ''On Some Antient Liturgical Customs Now Falling Into Disuse,'' in Transactions of the St Paul’s Ecclesiological Society, vol. II (London, 1890), 123-24.

Many contemporary Roman Catholic liturgists consider Dr John Wickham-Legg's scholarship obsolete and understood solely in the context of the late 19th century Anglo-Catholic ceremonial wars. For my part (in this passage at any rate) I would dissent only from Dr Wickham-Legg's supposition that low Mass evolved largely on account of the obscurity of Latin to the people. I would say that it was more a case of bad theology latent in the Scholastic movement than necessarily a linguistic problem, although the Latin language may have been a case in northern Europe. Otherwise, what he says about the distinctions between the services, that out understanding of the Eucharistic liturgy is by recourse to high Mass only, and that low Mass is defective is absolutely right. I consider low Mass, except in cases of utmost necessity, to be a liturgical abuse akin to turning away from the East or an extempore Anaphora, and the custom certainly contributed to the decline of the Divine Office as an act of corporate worship as opposed to clerical recitation in private.

Because low Mass is codified into the Roman liturgy with a set of rubrics and was given sanction by the Tridentine missal, people aren't prepared to admit what a mistake it was. If Trent really was an holy synod it would have abolished the custom as a mediaeval superstition. Unfortunately, it's seen to-day as complimentary to high Mass (seldom provided), with its own inherent qualities of contemplation, of quietude and piety. That it detracts from the nature of liturgy itself, and even from Scripture itself, "where two or three are gathered in my name," etc, puts the Traddies out of reckoning. So we're stuck with it.
Posted by Patrick Sheridan at 9:00 am
Email ThisBlogThis!Share to TwitterShare to FacebookShare to Pinterest