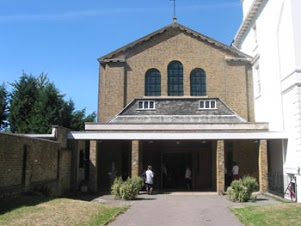 Five or six years ago I attended a Paschal Vigil at a prominent Roman Catholic church in South London. As we were outside and the celebrant was about to bless the new fire a helicopter flew overhead. I remember saying to the man next to me, in jest: "that'll be the '62 police overhead!" It was a running joke at the time; nobody really let on about using pre-1962 liturgy as we all knew the cautionary tales about spoil-sports and tittle-tattlers. Once I even compared it to the practise of Roman Catholicism in Elizabethan times, all very incognito; there we were, under the aegis of Summorum Pontificum, and doing something quite different. Unlike a lot of other traditionalists I wasn't too concerned about the Church as a whole. What the parish in the next town was doing didn't concern me in the least and, to an extent, I am still of that mindset. Not because I lacked the zeal and triumphalism of the typical traditionalist but because my whole mind and purpose was bent on what was going on in my immediate surroundings; with all its problems and shortcomings and certainly of those standing by. Other Catholics were a mistake! Nevertheless, I was only too well aware of the futility and fragility of the whole thing. A stiff breeze and the edifice would crumble. Why? Well, simply because you cannot resurrect a tradition without the right disposition and wherewithal, and this has nothing to do with the '62 police. Let them grass us up!

What am I trying to say? In short, I think, live and let live. You can't change the world let alone Christ's Church. Live by example. If the Traditions to which you aspire are in themselves good then live a Christ-like life to the best of your ability and with the comfort of the Sacraments. Abandon triumphalism! Abandon hauteur and separatism! Change your mindset. This does not endanger your love of Tradition. Do not blame the trendy liberals for their dissent when you yourselves rejoice in your dissent. Revise your bookshelves! Why not swap your Michael Davies for Gregory Dix? Why not go to a Byzantine church on Sundays instead of to the Society of Pius X? Now that the Prayer Book office has achieved some recognition in the Roman church, why not say Mattins therefrom on holy days? Church Tradition is not solely limited to the Latin patrimony and you will find that when you escape the mire of petty medals and ill-informed customs you will breathe an air wholly clean and refreshing.

I realise some of you think I am a fruitcake so you needn't take much notice. I just thought I'd write this to pass the time. It's the chief reason I write; to pass the time.
Posted by Patrick Sheridan at 9:00 am
Email ThisBlogThis!Share to TwitterShare to FacebookShare to Pinterest